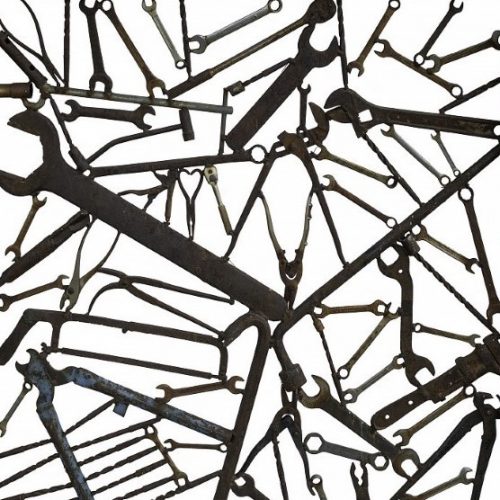 The community is invited to an open-house reception for local photographer, Tom Mohr, on Thursday, July 15 from 6-8pm outside The Center in Colfax. Mohr’s current exhibit “Mike’s Gazebo” is on display at The Center through the end of the month.

Through four over-sized 60”x60” panels, Mohr recreates the walls of a gazebo crafted by the late Mike Druffel of Johnson. Druffel was well-known as a creator and collector of “stuff”, and he welded the gazebo together out of wrenches, pliers, hammers, and other tools.

Mohr describes the patterns and rhythms created by the gazebo as a “Visual delight. It is nothing but fun.” He explains that “I’m more like a producer on this. It’s a work done by me to show someone else’s work.”

This event is sponsored by the Friends of Whitman County Library. Light refreshments will be served, and the print “Gazebo Rhythms” will be available for purchase. A portion of any sales benefits the library.

View this exhibit at The Center adjacent to Colfax Library, both open to the public Monday-Friday 10am-6pm and Saturday 1-5pm.