skip to Main Content
Library buildings are open to the public. Curbside pickup remains available. You can access our Digital Library 24/7. 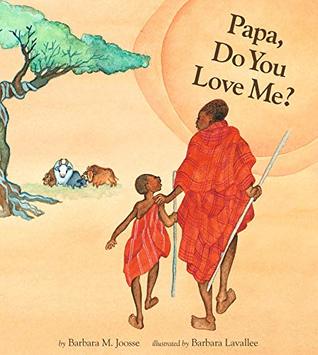 Celebrate Father’s Day with these books by and about dads and fatherhood!

Papa Do You Love Me? By Barbara M. Joosse- This is a wonderful picture book for dads to read with their young children. The story centers on a Masai father in Africa and his curious, inquisitive son. Through the son’s questioning of his father, the boy learns that his father’s love for him is unconditional.

Vacationland: True Stories from Painful Beaches by John Hodgman- This e-audio book available for download on our Libby App is narrated by the comedian and author himself. Vacationland is a poignant and sincere account of one human facing his forties, and his struggle to settle into the failing body of the wiser, weird dad he is.

Things My Son Needs to Know About the World by Fredrik Backman- Check out this irresistible and moving collection of heartfelt, humorous essays about fatherhood, providing his newborn son with the perspective and tools he’ll need to make his way in the world.

June 19th is Juneteenth, celebrate with these historic reads!

The Water Dancer by Ta-Nehisi Coates- Hiram Walker was born into slavery, but he is gifted with a mysterious power that saves him from drowning. After his brush with death, Hiram is more determined than ever to escape to freedom and rebel against the bonds holding him back.

The Underground Railroad by Colson Whitehead- Cora is a slave on a cotton plantation in Georgia. When Caesar, a recent arrival from Virginia, tells her about the Underground Railroad, they decide to take a terrifying risk and escape. Reminiscent of works like Gulliver’s Travels or Homer’s The Odyssey, Cora’s flight to freedom is sure to captivate readers

Stamped: Racism, Antiracism and You by Jason Reynolds- A history of racist and antiracist ideas in America, from their roots in Europe until today, adapted from the National Book Award winner to a book for young adults.

Honey Girl by Morgan Rogers- Having just completed her PhD in astronomy, Grace goes on a girls’ trip to Vegas to celebrate. Once there, the normally serious Grace has a wild night and ends up drunkenly married to a woman whose name she doesn’t even know! This book about love, facing your fears, and the messiness of adulthood is available not only as a single book check out, but also as a “book club in a box” so you can read with all of your friends!

Flamer by Mike Curato- This is a Young Adult graphic novel that takes place the summer between middle school and high school, where Aiden Navarro is away at camp. Everyone’s going through changes–but for Aiden, the stakes feel higher. As he navigates friendships, deals with bullies, and spends time with Elias (a boy he can’t stop thinking about), he finds himself on a path of self-discovery and acceptance.

Me: Elton John’s official autobiography by Elton John- In Me, Elton John writes about getting clean and changing his life, about finding love with David Furnish and becoming a father. In a voice that is warm, humble and open, this is Elton on his music and relationships, his passions and his mistakes, all told in his own words.

The Next Big Library Read is “The Quiet Girl”

Klara and the sun by Kazuo Ishiguro Klara, an Artificial Friend, is designed to be…

The Edge of Lost by Kristina McMorris Alcatraz, 1937.  A prison guard’s only daughter –…

Events
Recent News
Categories
Copyright 2010-2021. Whitman County Library - All Rights Reserved. This institution is an equal opportunity provider and employer.
Back To Top