“Radium Girls” by Kate Moore – Incredible true story of the brave girls who fought America’s glowing danger. The Curies’ newly discovered element, radium, makes gleaming headlines across the nation as a wonder drug and beauty treatment. Meanwhile in the radium-dial factories, hundreds of girls toil amidst the glowing dust, covered from head to toe. When they begin to fall mysteriously ill, factories ignore claims of gruesome side effects and the battle for workers’ rights begins.

“Queen of Katwe” by Tim Crothers – Inspiring true story of Phiona Mutesi, a teenage chess prodigy from the slums of Kampala, Uganda. Nine-year-old Phiona sleeps in a decrepit shack with her mother and three siblings, struggling to find a single meal each day. Phiona has not been in school most of her life as her mother could afford it, so she is only now learning to read and write. Phiona Mutesi is also one of the best chess players in the world.

“The Immortal Life of Henrietta Lacks” by Rebecca Skloot – Her name was Henrietta Lacks, but scientists know her as HeLa. She was a poor Southern tobacco farmer who worked the same land as her slave ancestors, yet her cells—taken without her knowledge—became one of the most important tools in medicine. All HeLa cells ever grown would weigh more than 50 million metric tons. HeLa lead to advancements such as the polio vaccine, in vitro fertilization, cloning, gene mapping, and more. Yet, Henrietta is unknown, buried in an unmarked grave.

“A Train in Winter” by Caroline Warhead – An extraordinary story of women, friendship, and resistance. They were teachers, students, and housewives; a singer at the Paris Opera, a midwife, a dental surgeon. They distributed anti-Nazi literature, hid resisters, secreted Jews to safety, transported weapons, and conveyed clandestine messages. Eventually, the Gestapo hunted down 230 of these women and in 1943, they were sent to their final destination: Auschwitz. 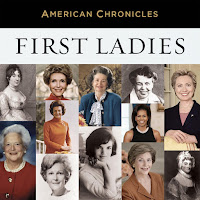 Request a title from the library today!