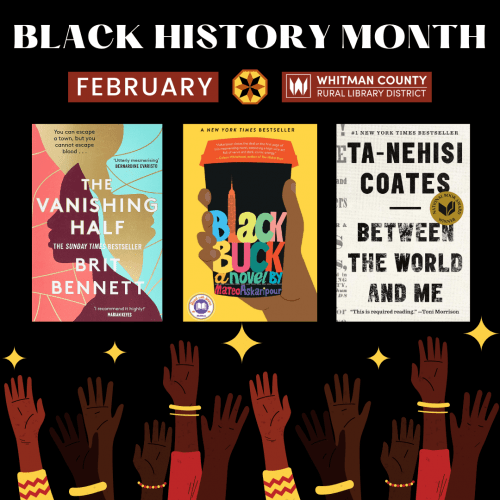 Uncomfortable Conversations with a Black Man by Emmanuel Acho  This book takes on all questions, large and small, insensitive and taboo, that many white Americans find themselves too afraid to ask, yet which all Americans need the answers to, now more than ever. With an open heart and boundless generosity, Acho explains concepts such as white privilege, cultural appropriation, and “reverse racism” all in his own compassionate words. He only asks for a reader’s curiosity, with the hopes that together we can all join the antiracist fight. Request today!

The Last Thing You Surrender by Leonard Pitts Jr.  Pulitzer prize winning journalist turned novelist, Pitts’ latest work of historical fiction is sure to impact you beyond the final page. Set during the second World War, Pitts weaves together the narratives of multiple characters, from an affluent white marine who is wracked with guilt and captured by the Japanese, to a young Black woman, widowed in Pearl Harbor, but who finds unexpected opportunity and a dangerous friendship in a segregated Alabama shipyard. Set against a backdrop of violent racial conflict at home and abroad, The Last Thing You Surrender explores the powerful moral struggles of individuals form a divided nation. Request today!

Between the World and Me by Ta-Nehisi Coates  In a profound work that pivots from the biggest questions about American history and ideals to the most intimate concerns of a father for his son, Ta-Nehisi Coates offers a powerful new framework for understanding our nation’s history and current crisis. Americans have built an empire on the idea of “race,” a falsehood that damages us all but falls most heavily on the bodies of black women and men–bodies exploited through slavery and segregation, and, today, threatened, locked up, and murdered out of all proportion. What is it like to inhabit a black body and find a way to live within it? And how can we all honestly reckon with this fraught history and free ourselves from its burden? Between the World and Me is Ta-Nehisi Coates’s attempt to answer these questions in a letter to his adolescent son. Request today!

The Vanishing Half by Brit Bennett  The Vignes twin sisters will always be identical. But after growing up together in a small, southern black community and running away at age sixteen, it’s not just the shape of their daily lives that is different as adults, it’s everything: their families, their communities, their racial identities. Ten years later, one sister lives with her black daughter in the same southern town she once tried to escape. The other secretly passes for white, and her white husband knows nothing of her past. Still, even separated by so many miles and just as many lies, the fates of the twins remain intertwined. What will happen to the next generation, when their own daughters’ storylines intersect? Request today!

Black Buck by Mateo Askaripour  Darren lives in a Bed-Stuy brownstone with his mother, content working at Starbucks in the lobby of a Midtown office building, hanging out with his girlfriend, Soraya, and eating his mother’s home-cooked meals. A chance encounter with Rhett Daniels, CEO of Sumwun, NYC’s hottest tech startup, results in an exclusive invitation for Darren to join an elite sales team on the thirty-sixth floor. As the only Black person in the company, Darren reimagines himself as “Buck,” a ruthless salesman unrecognizable to his friends and family. When things turn tragic at home, Buck begins to hatch a plan to help young people of color infiltrate America’s sales force, setting off a chain of events that changes the game. Request today!