This exhibit commemorats the 100th anniversary of the ratification of the 19th Amendment and is now on display at the Colfax, Colton, Endicott, LaCrosse, Malden, Palouse, Rosalia, St. John, Tekoa and Uniontown branches of Whitman County Library. 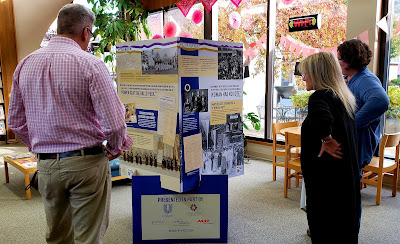 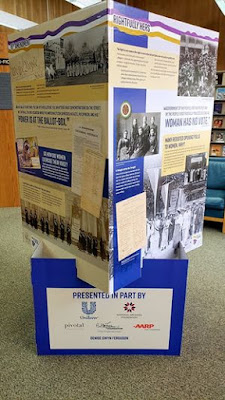 The exhibit, organized by the National Archives and Records Administration, contains simple messages exploring the history of the ratification of the 19th amendment, women’s voting rights before and after the 19th, and its impact today. Despite decades of marches, petitions, and public debate to enshrine a woman’s right to vote in the constitution, the 19th Amendment – while an enormous milestone – did not grant voting rights for all. The challenges of its passage reverberate to the ongoing fight for gender equity today.

Rightfully Hers co-curator Jennifer N. Johnson states: “The ratification of the 19th Amendment was a landmark moment in American history that dramatically changed the electorate, and although it enshrined in the U.S. Constitution fuller citizenship for women many remained unable to vote.”

The exhibition is presented in part by the National Archives Foundation through the generous support of Unilever, Pivotal Ventures, Carl M. Freeman Foundation in honor of Virginia Allen Freeman, AARP, and Denise Gwyn Ferguson.

For further details, contact the Colfax Library toll free at (877) 733-3375 or visit the library’s Events Calendar . The pop-up exhibits are on display now through November 30 during regular open hours