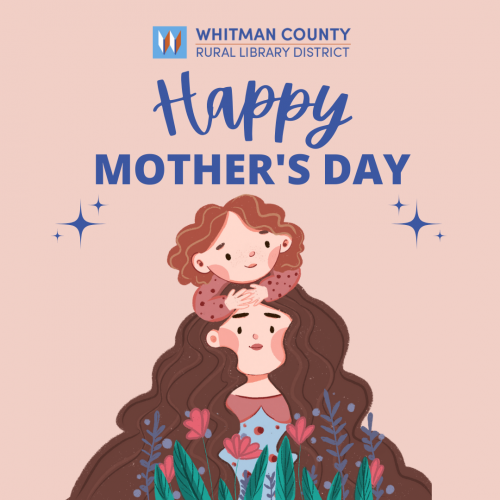 About My Mother by Peggy Rowe  There’s a Thelma Knobel in everyone’s life. She’s the person taking charge– the one who knows instinctively how things should be. When major league baseball came to town in the early 1950s and turned sophisticated Thelma into a crazed Baltimore Orioles groupie, nobody was more surprised and embarrassed than her daughter Peggy. Life became a series of compromises– Thelma tolerating a daughter who pitched manure and galloped the countryside, while Peggy learned to tolerate the whacky Orioles fan who threw her underwear at the TV, shouted insults at umpires, and lived by the orange and black schedule taped to the refrigerator door. Request today!

Tough Mothers by Jason Porath  Mothers possess the “maternal instinct”—an innate fierceness that drives them to nurture, safeguard, fight, and sacrifice for the most important things that matter to them. For some mothers, it’s their children. For others, it’s artistic expression, invention, social cause, or even a nation that they helped to birth. In Tough Mothers, Jason Porath brings his wisdom and wit to bear on fifty fascinating matriarchs. In concise, deeply researched vignettes, accompanied by charming illustrations, Porath illuminates these fearsome women, explores their lives, and pays tribute to their accomplishments. Request today!

Three Good Things by Wendy Francis  Ellen McClarety, a recent divorcée, has opened a new bake shop in her small Midwestern town, hoping to turn her life around by dedicating herself to the traditional Danish pastry called kringle. She is no longer saddled by her ne’er-do-well husband, but the past still haunts her—sometimes by showing up on her doorstep. Her younger sister, Lanie, is a successful divorce attorney with a baby at home. But Lanie is beginning to feel that her perfect life is not as perfect as it seems. Both women long for the guidance of their mother, who died years ago but left them with lasting memories of her love and a wonderful piece of advice: “At the end of every day, you can always think of three good things that happened.” Request today!

Blind Date with a Book at Colfax Library

Are you looking to find the book of your dreams this Valentine’s season? Colfax Library…

WCL Board of Trustees Update

Cindy Alred of Palouse was recently appointed to the Whitman County Library Board of Trustees.…

Events
Recent News
Categories
Copyright 2010-2023. Whitman County Library - All Rights Reserved. This institution is an equal opportunity provider and employer.
Back To Top