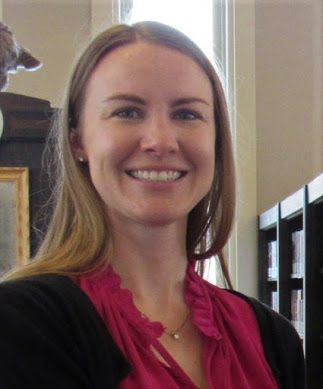 Whitman County Library is pleased to announce that Kylie Fullmer has been hired as Director, beginning work on September 8.

Fullmer was selected by the library board of trustees during their August meeting and assumes duties from long-time director Kristie Kirkpatrick, who retires October 1 after 33 years with the library district.

Fullmer was born and raised in the Tri-Cities, graduating from The University of Washington with a Master’s degree in library science in 2010. After a short stint working at Amazon, Fullmer served as library director of the East Adams Library District based out of Ritzville for the past 10 years.

About her new position, Kylie says,

“I have long viewed Whitman County Library as a leader for rural libraries and often looked to WCL for inspiration during my time in Ritzville. I look forward to working with the amazing staff and continuing the successful programs and services community members know and love, while also innovating to meet arising needs as we navigate these uncertain times.”

During her time in Ritzville, Fullmer became passionate about the role of libraries in bridging the digital divide, working actively to support local and statewide broadband initiatives helping ensure everyone in rural areas has access to high speed internet.

“My other great love as a librarian is working with parents and educators to support young readers in becoming lifelong learners and library lovers.”

Even though she is a UW graduate, Fullmer says she is eager to move to “Cougar Country.” Outside of work, she enjoys traveling, camping, and spending time with her boyfriend Eric and their puppy Penelope.

In her first few weeks at the library, Fullmer will tour all 14 branch locations and communities, meet library staff and familiarize herself with the intricacies of the system. An online community reception to welcome Fullmer and introduce her to the public is expected later this fall.

The library has added a new GALE database: Peterson's Test and Career Prep! Get started…