509-397-4366 Send an Email Locations and Hours Catalog
A large crowd gathered for the “Jingle and Mingle” holiday party in The Center in Colfax on Wednesday, December 18. Co-sponsored by Colfax Chamber of Commerce, community members of all ages enjoyed complimentary refreshments, festively decorated trees, artwork and music by John Elwood of Elberton. 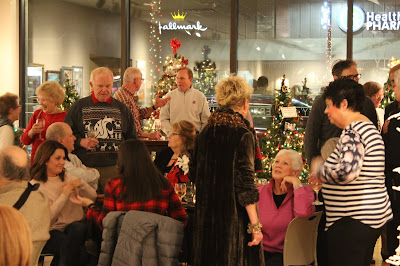 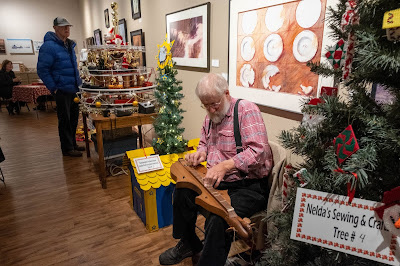 Festival of Trees Winners as voted by the community were; “Community Favorite” going to Route 26 Vintage Market,” a tie for “Most Creative” between Pullman Building Supply and Whitman County Library and “Kid’s Choice” going to Jennings Elementary Teachers. The judged category went to Palouse resident Bryan Johnson.
Pioneer Title Company was awarded the Library Supporter of the Month, honoring them for their company’s annual donation of a raffle Christmas tree. Over the past three years, Pioneer Title Company has contributed nearly $4000 for children’s technology and countywide programming. 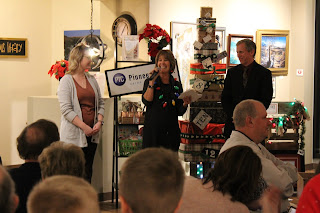 This year’s winners of the “12 Ways of Giving” were drawn by Jewell and McAdams. They are Sidney Appel, James Campler, Tamera Jackson, Trudy Libey, Leslie Olin, Mom, Mandy Hutton, Ryan Hamilton, Britany Luft, Bonnie Smith and Kristie Kirkpatrick. For those who weren’t in attendance, prizes are available for pick up at the Colfax Library. 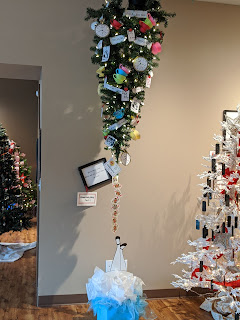 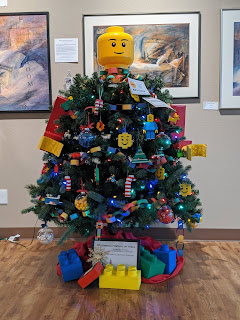