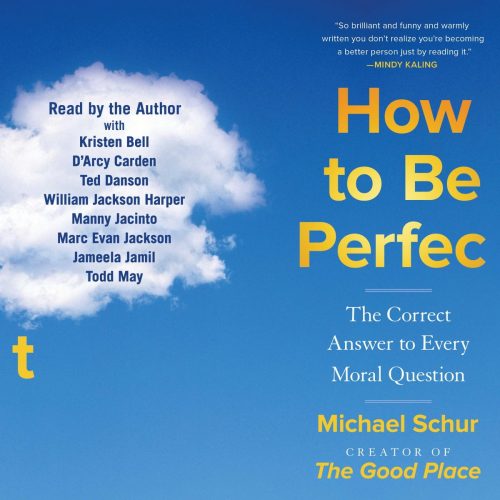 Adulting by Kelly Williams Brown  Just because you don’t feel like an adult doesn’t mean you can’t act like one. And it all begins with this funny, wise, and useful book. Based on Kelly Williams Brown’s popular blog, Adulting makes the scary, confusing “real world” approachable, manageable—and even conquerable.

Lies That Chelsea Handler Told Me by Chelsea Handler  It’s no lie: Chelsea Handler loves to smoke out the condition people suffer from that allows them to fall prey to her brand of complete and utter nonsense. Friends, family, co-workers–they’ve all been tricked by Chelsea into believing stories of total foolishness and into behaving like total fools. Luckily, they’ve lived to tell the tales and, for the very first time, write about them.

Is This Anything? by Jerry Seinfeld  Since his first performance at the legendary New York nightclub “Catch a Rising Star” as a twenty-one-year-old college student in fall of 1975, Jerry Seinfeld has written his own material and saved everything. For this book, Jerry Seinfeld has selected his favorite material, organized decade by decade.

How to Be Perfect The Correct Answer to Every Moral Question by Michael Schur  From the creator of The Good Place and the cocreator of Parks and Recreation , a hilarious, thought-provoking guide to living an ethical life, drawing on 2,400 years of deep thinking from around the world.