“Whiskey” is the story of two brothers, their parents, and three wrecked marriages, a searching book about family life at its most distressed—about kinship, failure, enough liquor to get through it all, and ultimately a dark and hard-earned grace. Written by local author and former St. John & Endicott school teacher. 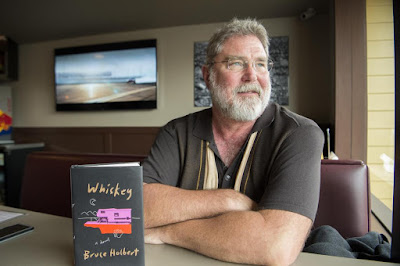 Meet the Author May 7th at St. John Library!

The Teahouse Fires by Ellis Avery

The story of two women whose lives intersect in late-nineteenth-century Japan — as it opens its doors to the West. Wearing a different color kimono made a political statement, women stopped blackening their teeth to profess allegiance to Western ideas, and Japan’s most mysterious rite—the tea ceremony—became a ritual battlefield.

Though perhaps most famous as a novelist, Philip K. Dick wrote more than one hundred short stories over the course of his career, each mind-bending and genre-defining. “Electric Dreams” collects ten of the best—strange, funny, and powerful!

The Romanovs by Simon Sebag Montefiore

The Romanovs were the most successful dynasty of modern times, ruling 1/6 of the world’s surface for three centuries. How did one family turn a wartorn principality into the world’s greatest empire? And how did they lose it all?