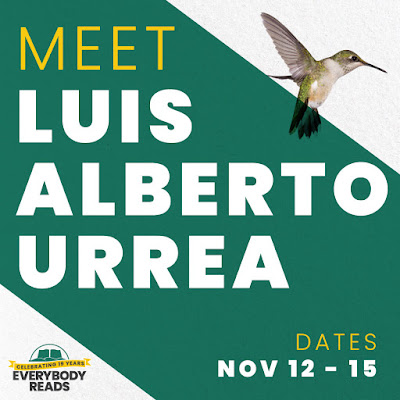 Libraries and bookstores from across the region announce their 2019 community reading selection, “The House of Broken Angels” by bestselling author Luis Alberto Urrea. The announcement comes early to allow residents ample time to read the book in preparation for Urrea’s appearances set for Nov. 12-15 across the Palouse and Lewiston-Clarkston Valley.

Inspired by the death of his brother, Urrea describes “The House of Broken Angels” as “the story of an American family, one that happens to speak Spanish and admire the Virgin of Guadalupe. Imperfect and glorious, messy and hilarious, sometimes heroic.” The novel provides a closer look at the daily lives, trials and triumphs of Mexican-Americans, insights that are especially important today.

Luis Alberto Urrea was a Pulitzer Prize finalist in nonfiction for “The Devil’s Highway,” a harrowing story of 26 men attempting to cross the Mexican-American border. Urrea is a critically acclaimed, best-selling author with 17 books, and numerous awards for his poetry, fiction and essays. He is a member of the Latino Literature Hall of Fame.