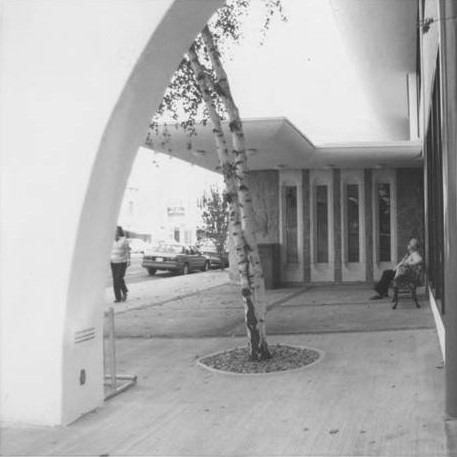 The Washington State Advisory Council on Historic Preservation recently added six new listings to the Washington Heritage Register. The listings include the Whitman County Library in Colfax as well as the Cobain House in Aberdeen, the Downtown Walla Walla Historic District, F/V Shenandoah in Gig Harbor, Johnson Pit #30 in SeaTac, and Longfellow School in Everett.

The Colfax Library is recognized as historically significant because of its unique Neo-Expressionist design and its local importance in serving the educational needs of Whitman County residents.

The building was designed by Spokane architect Warren C. Heylman who is well-known for the Parkade Plaza Parking Garage in Spokane and the Spokane International Airport. While recognized as one of the Inland Northwest’s most prominent post-WWII architects, this is the first building designed by Heylman to be added to the state’s Heritage Register. Construction of the library began in early 1960 and the grand opening was held November 18, 1960.

Sue Hallett, president of the Friends of Whitman County Library, prepared the nomination paperwork. Along with library staff and volunteers, she spent the past year researching the history of the building and collecting stories from residents about the importance of the library in the community.

We have lots of Summer Reading activities, events, reading challenges, prizes, and more for all…