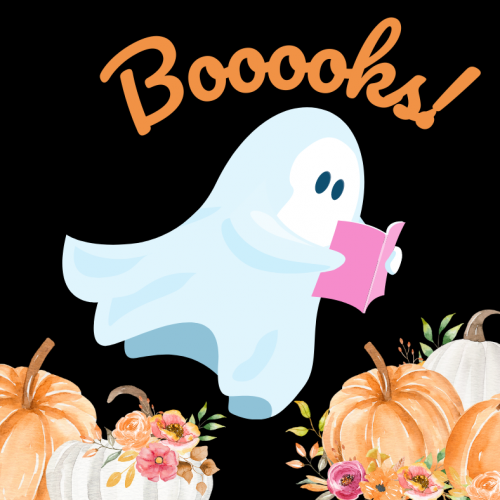 The Babysitter: My Summers with a Serial Killer by Liza Rodman  A chilling true crime story that reads as one part memoir and one part investigative journalism. Liza Rodman longed for love and friendship in Cape Cod during the 1960s. She thought she had found a friend to combat her loneliness in her babysitter, Tony Costa, whom she considered to be one of the few kind and understanding adults in her life. But there’s something Liza doesn’t know about Tony…he’s a cold blooded serial kill. Request this title!

Mexican Gothic by Silvia Moreno-Garcia  After she receives a suspicious letter from her newly wed cousin, begging her to come save her from certain doom, Noemi Taboada travels to High Place, a distant house in the Mexican Countryside. There she is met with even more strange and unsettling events, her brother-in-law, his father, and even the house itself seem to be hiding deadly secrets. Will Noemi be able to save her cousin and get to the bottom of what’s rotting the house from the inside out? Request this title!

The Invited by Jennifer McMahon  In this new twist on a classic haunted house story, Helen and Nate don’t find themselves moving into a centuries old, haunted home, they’re building it from the ground up. The couple soon discovers that their new property holds a violent and tragic past, complicating their construction. As Helen digs deeper into the property’s history, each new discovery conjures more and more ghosts of the land’s past inhabitants, all of them searching for something in the present day. Request this title!

A Cosmology of Monsters by Shaun Hamill  Monsters both real and imagined stalk the Turner family. The youngest child, Noah, recounts his childhood growing up in a home where his father is consumed with an obsessive need to construct a Haunted House attraction. As his father’s obsession threatens to tear the family apart, Noah realizes that everyone in his home can see monsters. Everyone else in his family ignores the monsters or deny their existence, but Noah? He lets the monsters in. Request this title!

I’ll Be Gone in the Dark by Michelle McNamara  True Crime journalist, Michelle McNamara, is looking for a ghost. A dangerous murderer, dubbed “The Golden State Killer” executed a spree of violent crimes in the 1970s and 80’s and then apparently vanished. Now thirty years later, McNamara stalks this elusive criminal and is ultimately one of the forces that brings his identity to light. Request this title!

The Case of the Murderous Dr. Cream by Dean Jobb  Read about this contemporary to Jack the Ripper in this well researched and compelling portrait of a cunning killer. Dr. Cream should have had it all, he was well on his way to establishing himself as a successful doctor, he came from a wealthy and well respected family, everyone who knew him thought he was destined for greatness. Then the women in his life mysteriously began to sicken and die, one by one… Request this title!

Midnight at the Bright Ideas Bookstore by Matthew Sullivan  This debut novel is a fiendishly clever mystery, perfect for booklovers. The dark twists and turns will keep you guessing until the very last page, where the truth, in the end, may be stranger than fiction. We are thrilled to virtually welcome author, Matthew Sullivan, to the Palouse and Lewis-Clark Valley Nov. 2-5, visit everybody-reads.org for details on his presentations. Request this title!

Bloodless: #20 of Pendergast by Douglas Preston  Bodies are appearing entirely drained of blood in haunted Savannah, Georgia as Agent Pendergast and his partner Agent Coldmoon set out to solve these gruesome murders. As they begin to unwind the mystery however, they become even more puzzled, could these murders be connected to the only unsolved skyjacking in American history? Request this title!

Midnight Sun by Stephenie Meyer  Revisit Meyer’s classic vampire romance, but this time view all events from Edward’s perspective! The reader will understand why Edward’s relationship with Bella is the defining struggle of his life. How can he justify following his heart if it leads Bella into danger? Request this title!

Pet by Akwaeke Emezi  In a near future society, not all that different from our own, everyone agrees that all monstrous people have been eliminated. But then a creature emerges from a painting, a hunter from another world seeking out a real-life monster. Request this title!

Wayward Son: #2 of Simon Snow by Rainbow Rowell  Simon Snow thought that his adventuring days were over. So, how exactly did he end up in a vintage convertible traveling cross country with his friends? On the way they run into various monsters, and get very, very lost. Will Simon and his friends be able to survive this new adventure? Request this title!

The Magnificent Monsters of Cedar Street by Lauren Oliver  Cordelia Clay and her father rescue and rehabilitate remarkable creatures around a fantastical Boston during the end of the nineteenth century. However, they must keep this mission a secret. One day, Cordelia wakes to find her father and most of their monstrous charges have vanished. Now she must decipher cryptic clues with the help of her friend Gregory, Iggy the farting filch, a baby dragon, and a zombie puppy. Request this title!