“Funny, You Don’t Look Autistic”
A Comedian’s Guide to Life on the Spectrum by Michael McCreary 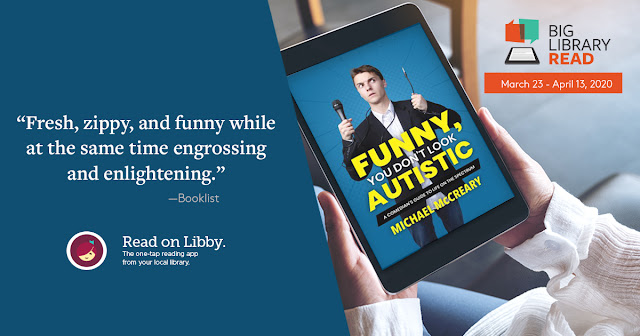 Visit Whitman County Library’s digital collection with Libby or OverDrive to borrow the featured title “Funny, You Don’t Look Autistic” by Michael McCreary with no waitlists or holds! Available as an ebook and eaudiobook. Join the discussion!

Use #BigLibraryRead on social media for a chance to win a Samsung Galaxy Tablet from OverDrive!

Like many others on the autism spectrum, 20-something stand-up comic Michael McCreary has been told by more than a few well-meaning folks that he doesn’t “look” autistic. But, as he’s quick to point out in this memoir, autism “looks” different for just about everyone with Autism Spectrum Disorder (ASD).

Read more about this and past Big Library Reads: https://biglibraryread.com/