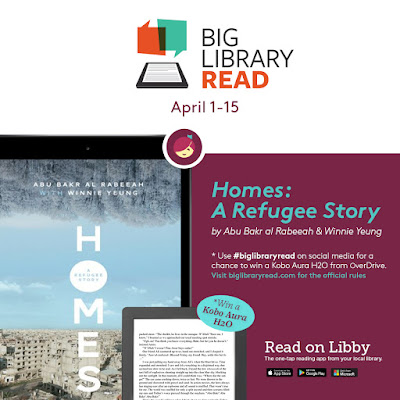 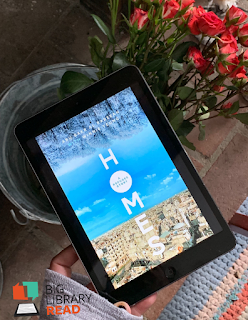 Alongside thousands of readers worldwide, you can discover a remarkable true story through the largest global digital book club, Big Library Read. From April 1–15, book lovers can borrow, read and discuss Abu Bakr al Rabeeah and Winnie Yeung’s heartbreaking yet hopeful Homes: A Refugee Story ebook from their public library with no waitlists or holds!

Readers may join by downloading the Libby app, click here! More than 19,000 libraries around the world are participating.

Big Library Read is available in more than 90 percent of public libraries in North America and facilitated by OverDrive/ Libby. Homes: A Refugee Story, a 2018 Governor General’s Literary Award finalist for nonfiction, was chosen by a popular vote of readers and librarians worldwide.

“It brings such joy to Abu Bakr and me that his wish of wanting to tell the world of Syria’s plight is being fulfilled in such a far-reaching way,” said author Winnie Yeung. “For this is the magic of books: they don’t just feed our imaginations, they build bridges of understanding. The relationship of sharing, receiving and honoring each other is the true gift of storytelling —something I am so grateful to be a partner in.”

Homes: A Refugee Story chronicles the struggles of the al Rabeeah family who left their home in Iraq for Syria in hope of a safer life – just before the Syrian civil war broke out. Abu Bakr, one of eight children, was ten years old when the violence began on the streets around him: car bombings, attacks on his mosque and school, firebombs late at night. Homes tells of the strange juxtaposition of growing up as a typical teenager in a war zone: horrific, unimaginable events punctuated by normalcy – soccer, cousins, video games, friends.

Big Library Read is an international reading program that simultaneously connects millions of readers around the world with an ebook through public libraries. Homes: A Refugee Story is the 18th selection of this program. Readers can join an online discussion about the book at https://discuss.biglibraryread.com/. The free program runs for two weeks and only requires a [library name] card to get started.  To join the discussion, learn about past Big Library Read ebooks and download Libby, visit biglibraryread.com.